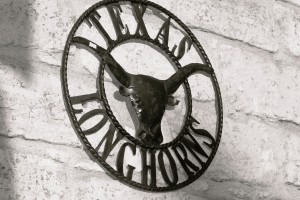 Wow, I have no idea how some girl named Debbie did all of Dallas when this one is just hoping to get a date in this state.   Truth is, I didn’t move to Texas to find a man.  I came to find fresh perspective.  But now that I’m here, I’m feeling a bit like a foreigner in this land of big hats.  Actually, I think in Texas a “foreigner” is anyone who doesn’t own both a casual AND a formal belt buckle, right?  HA!

I’ve moved to a place that contains several million unpopulated square miles in which to hide a body so I’m finding myself a tad bit suspicious of people.  And it doesn’t help that at lunch the other day, my date showed up with a photo album ~ of his reptile collection! What kind of person adores armadillos and wild badgers?  Honestly, it was just real creepy.  And if that’s not enough, while driving down the highway, I see this man dive out of the passenger seat of the moving car in front of me and onto the pavement for no apparent reason.  And guess what that buckaroo did once he stood back up?  ~ Why he puffed on his half-bent cigarette, of course ~ and then sauntered on down the road as if nothing had happened.  It was just plain weird.

That’s not to say I’m not also encountering some pretty remarkable people here, because I am.  There are some genuinely nice people in Texas who seem to want help me out any way they know how.  People in Austin will actually drive two miles completely out of their way just so they can tell you your tail light is out.  Wait, WHAT???  In the mind of this Southern California girl, the only reason someone would follow you anywhere in their car is so they can stab you in the face and then steal your Camaro, your hello kitty backpack or your jelly shoes!

Maybe that’s why Texans carry guns.  Guns. Everywhere, guns. Babies with guns, teachers with guns, milkmen with guns,…everywhere….guns.  Seriously, screw fireworks on Independence Day, around these parts everyone’s going to just points towards the sky and fire in the air.  Fantastic!

But fireworks are slow to ignite in my dating life, I tell ya.  I suppose it works the same way across the nation, the ones you like don’t appear to like you back.  And the ones that make it real, REAL clear that they like you? –Well, they are not real bright in their big pointy boots ~ with a big pointy gun and a big pointy electric chair in their future.  So far all signs are pointing in the wrong direction!

But dating isn’t pointless!  So I shall press on through badger hell confident that I will eventually meet someone that sparks a fire in my heart.  Who knows, maybe I’ve already met him.  Or maybe he has yet to climb out from under his 10-gallon hat.  Either way, I am enjoying life in Texas and the odd and curious things it’s offering up.  So I suppose I have no choice but to keep on messing with Texas, y’all!  Yeehaw! 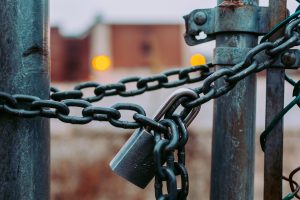 As the world closes its doors to keep the coronavirus out of its crevices, my heart has only just begun to slowly open ... END_OF_DOCUMENT_TOKEN_TO_BE_REPLACED